In my previous blog post, we covered coming home and settling in during the first 6-8 weeks which mostly revolves around:

1. Understanding that it is normal for a baby NOT to be on a schedule at this point!
2. Providing a Safe Sleep Environment
3. Surviving the Period of Purple Crying
4. Giving yourself and your baby as much rest as possible
5. Enjoying your new family member 😊

Getting to the 6-8ish week mark means the fog will begin to lift… at least a little (yay)! You’ll know your baby is reaching this milestone when he begins fussing more later in the day/early in the evening, his longest period of sleep (4-6 hours) is happening regularly later in the evening, he’s becoming aware of the difference between day and night (yay!) and best of all, he’s reacting…and smiling! This means that your little one is absorbing and learning. He’s making connections and is reading your cues. 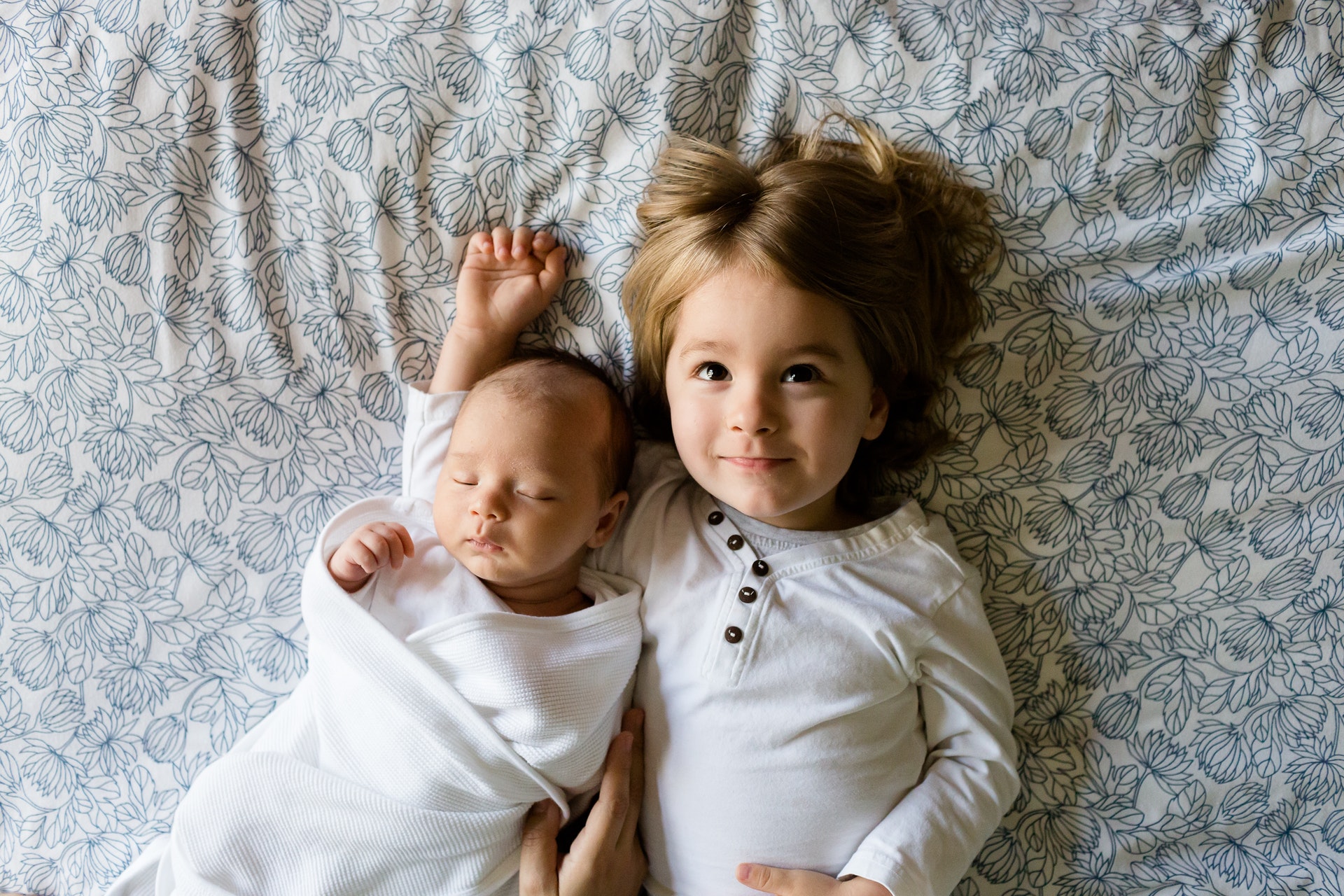 This also means you can start moving beyond just sleep safety and create a groundwork for healthy sleep habits:
1. Start introducing a crib, even if it is just a couple times in the day. This will allow your little one to get comfortable in the space without creating negative associations.
2. Make the room as dark as possible and keep it cool and quiet (use a sound machine if you’d like).
3. Start moving away from using props to get him to sleep - you know, swings, strollers…. loooong car rides! If you’re always putting your little one into the swing, he’ll start to consider this a cue and, the norm.
4. Start implementing a consistent soothing bedtime routine; reading, rocking, signing, nursing, bottle feeding or a combination of things.
5. Encourage him to learn how to self-soothe. Falling asleep is something we must learn to do. At this point, your 6-8-week-old will be much more interested in the world and therefore much more distracted and much less likely to simply close his eyes and go to sleep as he previously did. Learn what your baby’s sleep cues are so that you can act on them. Sleep cues will usually appear about 45-60 minutes after he wakes up (this amount of time will increase as you get closer to 4 months) and will show up as eye rubbing, ear pulling, zoning out or turning the head side to side. If you’ve already put him to bed when these cues happen, wait to see if he will soothe himself to sleep. If he doesn’t, this is when you get to step in and start your soothing routine. The important thing is to remember that this is only a cue for your baby. By putting him into his bed awake after providing him with a soothing routine, you’re allowing him to learn this skill. This won’t be perfect right away! Sometimes you’ll be a little late on the draw and he’ll be a little harder to get down. And sometimes, you’ll 100% miss the cue and your baby will cry inconsolably. That’s ok (though of course it doesn't feel that way!)! If that happens, do what you need to do to get him sleeping (rock, swing etc.) and try again at next nap time.

"Sleep during the day will still be all over the map with some longer and some shorter naps."

Sleep during the day will still be all over the map with some longer and some shorter naps. Your only goal here will be to get baby down before he becomes overtired. Take this time to figure out your routine and experiment with allowing baby to self-soothe if he wakes up from a shorter nap. Perhaps he’ll surprise you and put himself back to sleep! With babies that have severe colic (or PURPLE crying) it will be a little more difficult to read the cues… colic usually subsides around 8-12 weeks. If this is you, do what you can do until it stops, and move into the above steps when you can.

6-8ish weeks through to 16 weeks
So, between 6-16 weeks, this is what you’re going to work on. Introduce him to a SAFE and consistent sleeping place, watch for his sleepy cues and get him to bed before he’s overtired, introduce a soothing routine, allow him to self-soothe when possible. Around 16 weeks your baby’s circadian rhythms and sleep (day and night) patterns will begin to develop. He’ll be awake longer and naps will spread out a bit more. Bedtime will get earlier and earlier … and night sleep will eventually become longer : -)